The name Agate, came from where this stone was first found in Achetes in Sicily. These stones were mainly used
by the Neolithic people and ancient Egyptians dating back to around 3,000 B.C.

Agate stones come in a variety of different colors from browns and blues to reds and purples. Unlike most
stones, Agate does not have a very strong spiritual affect but it can still be used to enhance the auras of many other
stones.

The largest of deposits is found in Brazil, others are found in Canada, India, Bolivia, Madagascar, Mexico,
Russia, Sri Lanka and the U.S. to name just a few.

Amethyst crystals can come in a variety of purples ranging from a very pale to a deep color. Amethyst was believed to help
prevent intoxication and help get rid of addictions. Amethyst was used in a variety of different royalty which was
used in crowns, scepters, and rings. To enhance its power, use with Hematite or Magnetite.

This blue green stone is found mostly in Madagascar, Canada, Spain and Russia. It comes in many colors and
forms. Apatite gets its name from the Greek work Apate which means Deceiver. Apatite can help with personal expression
and communication. It's great for relieving stress and frayed nerves.

Also known as Schorl. The best resources for this stone have been found in Pakistan, Africa, Brazil
and the U.S.

It get's its black color from the amount of iron it contains. Known for its strong clean energy particularly for dispelling
negative energies in one's home to releasing pulled muscles, to grounding and protecting us.

Chalcedony's main purpose is to heal one's whole self. This is a good stone to relieve stress and calms the mind.
It helps with communication skills and is a good stone for consolers.

Found Worldwide, Chalcedony comes in a variety of colors. Blue Chalcedony harmonizes well with purple
chalcedony, which cleanses impurities and rids of negative attachments to auras.

This stone helps those who tend to get drowsy when doing a quiet activity and can also help with sleeping
disorders. This is also good for children by protecting them from negative entities.

Cinnabar usually red in color, brown when imperfections are present, lends to greater insight, helps one to actualize
dreams and create prosperity.

Citrine is found in a variety of tones of yellow ranging from a very pale to deep, almost orange color.
Citrine was used all the way back to 300 B.C, where the ancient Greeks used this stone in a variety of jewelry and
intaglios.

Citrine is the stone to the mind, creating clarity and creativity to those who use it. Like Einstein had said, imagination
is more important than knowledge, citrine enhances the imagination and creativity of even the most unimaginative of
people. 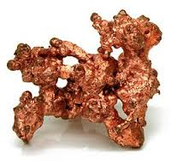 Secondary mineral formed when chemical reactions occur between copper bearing
solutions and other minerals. Natural Copper is widespread but not common.

Copper was sacred to Venus, theRoman Goddess of Love and Creativity. 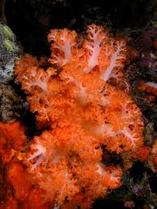 Formed from skeletal remains of small sea animals, it is usually found in shallow warm water.

Red being the most valuable and sought after collected in Japan, Africa, Malaysia and the Mediterranean.

Black and Golden color has been mined in Australia & the Caribbean and Blue in West Africa.

Cherished as a promoter of fertility. Heightens awareness of the needs of others. 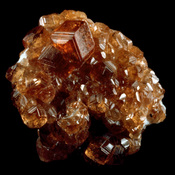 Well know for its red color, garnet also comes in a variety of different colors. From deep reds to forest
greens, January birth stone can definitely brighten your life. Mostly found in reds, its name came form
the romans, which described them as stone looking like pomegranate seed.

Garnet helps amp your creativity. It also encourages on to be more optimistic, lends itself to self love and confidence.

The world's largest supply of garnets is found on the continent of Africa,also found in the U.S., Brazil, India and
the Soviet Union.

Gold has represented power and wealth throughout history.

It is resistant to rust or tarnishing. Gold occurs in veins and tiny grains, often eroding and flowing into streams
and settling at the bottom due to its weight.

Known for harnessing the energy of the sun, encourages unity and truth. Gold boosts wealth, abundance and
health. 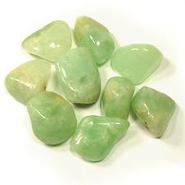 One of the most varied of stones, calcite, in this case green; are usually found in large deposits
than in crystalline form. Mostly found in Mexico, Green Calcite appears in a variety of greens from very pale
to an almost emerald color.

It is suggested that green calcite helps express compassion and renew interest in changing one's life for the positive.
It is also suggested that it could aid in overcoming some social phobias. Green Calcite is one of the many
stones of a positive aura.

Yellow green or emerald green in color. W.F. Hidden discovered this stone in the late 1800s in North Carolina.
Largest Caches of Hiddenite have been found in Brazil, Madagascar, USA and Burma.

This stone teaches us how to return spontaneity to love relationships, to accept the love as it is/was in the beginning,
shedding any urges for manipulations. Original true love and acceptance.

This pink to violet stone is found in Pakistan, Afghanistan, Madagascar, Brazil and California. Named after
the American Gemstone Specialist G.F. Kuntz who discovered it at the start of the 20th Century.

Kunzite is known for its properties of strengthening the heart and opens it to universal love. Good for helping
to resolve conflict and to understand others. 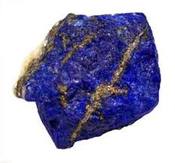 For thousands of years, Lapis Lazuli has been used as adornments by ancient kings and queens and royalty.
Originally called Sapphirus by the Greeks and Romans, the name changed to Lapis Lazuli in the middle ages
which means blue stone in Latin.

Known to bring inner peace and release from negative thoughts. It provides insight and clarity of mind.

The stone of balanced relationships, malachite is a strong protector of children, businesses, accidents, and travelers
and is found worldwide.

Always being green, ancient Egyptians, Romans, and Greeks wore this wonderful stone in their jewelry, and when
crushed it was used as an eye shadow. Amulets were also made in the times of the middle age to make protective
amulets for children to protect them from witches and many other bad entities.

Though malachite is a very beautiful stone, it should not be used for any physical healing. Also known as the "Mirror of the Soul",
it can reflect your emotions being good or bad, which is why it is the stone of balance, it influences dual relationships. 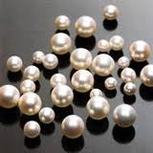 June's birthstone is a gift from the sea. Created from an oyster, it goes through a hefty process to become
the beautiful stone it is. Like the diamond, a pearl takes a lot of time to become what it is. When it does form it shines
in many hues.

The most common of these colors is a light pink color that has a shiny gloss to it, but it can also come in blacks, whites
and many other shades by using dyes.

Peridot, though the name has not been rooted, has been found to be from Greek origin. For about three
thousand years, Egyptians, Greeks, and Romans have been using peridot for various jewelry components.
It is found the United States, Brazil, and South Africa.

During the ancient times it was believed that peridot was the symbol of the sun and people believed
that it would bring royalty to the wearer. Medieval times it was sought after to protect from evil spirits. It is said
to help cure the heaviness in one's heart and enforce a happy aura. 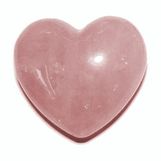 Also known as the stone of love, this stone helps to purify the heart. Rose Quartz comes in a variety
of pinks ranging from a soft pink to a deep red. Rose Quartz helps relieve stress and lessens the boundaries
of the heart and creates trust. This stone not only teaches one to love his or herself, but others as well.

Mostly found in Brazil and Madagascar, this stone can help calm the mind and heart with its gentle
auras. It destroys suspicions and fears, and replaces it with loving and trust.

Silver occurs in masses of irregular shaped plates, sheets, solid nuggets and wires.
Exposure to air  tarnishes and turns Silver black.  As sure as Gold represents the Sun, Silver
epitomizes the moon.

Known to ease the flow of  energy into the body, alleviates nerve twitches, improves
fertility and aids  mental balance. 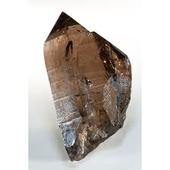 Known to be a gentle grounder. Helps to calm the mind and focus your thoughts, enhances practicality &
organization. Found in many countries including Brazil, Australia, Switzerland, USA and Madagascar.

It's name Pierre Turquoise, meaning Turkish Stone, it derived from early Europeans who thought that the stones came
from Turkey when traded at market, but in actuality came from desert regions such as Tibet, Sinai and Iran.

Its color comes from water acting on aluminum and copper. Shades of green Turquoise come from Iron
impurities.

Always popular in Renaissances Europe as a protective amulet to ward off riding accidents. Native
Americans used Turquoise to bring rain. Other cultures used it to ward off evil spirits.

**The definitions above are gathered from books, folklore the internet and other various sources. This website in no way suggests a person uses these
stones in place of professional help.**